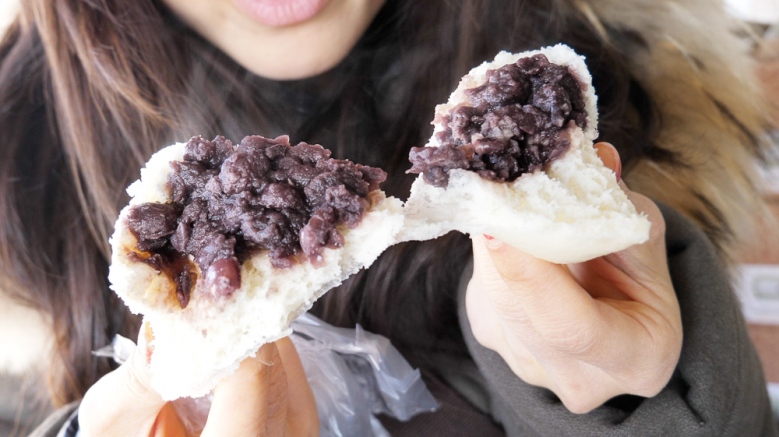 In South Korea, each season will mark different food in centre stage in Korea’s culinary scene.

Yangnyeom gejangis a spicy marinated raw crab dish. In Korea, gejang quality is partially determined by the amount of roe and tomalley in the crabs

Soy sauce shrimp ( 간장새우) is a dish made out of large prawns marinated in soy sauce, garlic, and other special spices. It tastes good by itself, or cut in small pieces and mixed with hot steaming rice!

Famous for its unique taste, gizzard shads are a type of Herring delicacy in Korea best enjoyed in the fall. Hongwonhang Port in Seocheon (Chungcheongnam-do) hosts the Jeoneo (gizzard shad) Festival every October for visitors to enjoy a fresh catch of this fish served up in a variety of ways.

A number of popular dishes range from roasted to sashimi-sliced Jeoneo and even salads mixed with spicy marinated Jeoneo, cucumbers, sesame leaves, and parsley.

On land, the best seasonal foods in Autumn include pine mushrooms (songi) and sweet persimmon.

Matsutake or songrong is the common name for a highly sought mycorrhizal mushroom that grows in Asia, Europe, and North America. It is prized in Japanese, Korean, and Chinese cuisine for its distinct spicy-aromatic odour.

Persimmons are red-brown or orange fruits that grow on trees like plums and look like a small, rather flat tomato capped by a calyx. The two varieties are stringent and non-astringent, the latter being pleasingly sweet. To avoid bitterness, the paler varieties should be eaten only when very ripe, usually peeled.

Upon arrival of winter season, the cold’s bite comes a variety of Korean winter snacks and foods.

Bungeo-ppang is a fish-shaped pastry stuffed with sweetened red bean paste. It is one of the most common winter street food in Korea. It is often sold at street stalls, grilled in an appliance similar to a waffle iron, but with fish-shaped moulds.

Hotteok is a variety of filled Korean pancake and is a popular street food of Korea made from a simple yeast dough with a sweet syrupy filling made with brown sugar, cinnamon and walnuts

Its flesh will turn dark yellow when cooked and tastes very sweet with a creamy soft texture. For the most part, these varieties of Korean sweet potatoes are much sweeter than the North American staple sweet potato, Beauregard.

Hoppang is a popular hot snack commonly found in Korea especially during the winter season. It is a pre-cooked ball of rice or wheat flour dough filled with red bean paste or other favourites such as vegetable, pizza, curry, and much more

Kimchi, a staple in Korean cuisine, is a traditional side dish made from salted and fermented vegetables, most commonly napa cabbage and Korean radishes, with a variety of seasonings including chilli powder, scallions, garlic, ginger, and jeotgal

Courtesy from: The Star Newspaper